Commemorating one of the most revered figures of modern history, the Special Edition John F. Kennedy makes symbolic references to the life of J.F. Kennedy in subtle design details. The blue precious resin refers to both Kennedy’s time in the U.S. Navy and the famous Ivy League style. His initials “JFK” are engraved on the platinum-coated clip, and the three platinum-coated cap rings stand for Kennedy’s three brothers. In a tribute to the national hopes and dreams embodied in Kennedy’s pet project, the Apollo space program, the handcrafted 585 gold nib is engraved with the lunar module that landed on the moon in 1969. The Special Edition is crowned by the Montblanc emblem in precious resin. 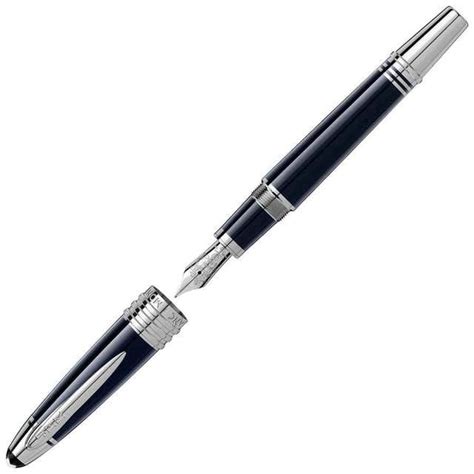